Derby Days at the Madison Gazebo 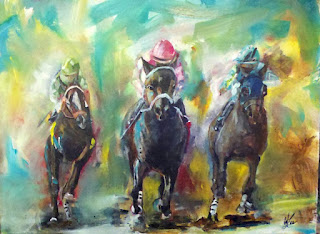 You will not want to miss this concert! If you have ever been to one of the Jim Parker Songwriter Series concerts at the VBC you know the caliber of songwriters he can bring in. Come hear  them sing their hit songs. Sometimes they tell the story behind the song! And this one is free to the public. What more could you want? 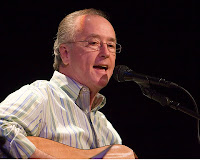 Jim Parker co-wrote John Anderson's first single "I've Got a Feelin' (Somebody's Been Stealin')" (co-written with John Anderson and Michael Garvin) in 1978. The song received an ASCAP country song award. In the late 1970s Parker co-wrote "Chicken Truck" which was recorded by John Anderson in 1981 as the last song in a recording session. The song became a "B"-side release for the song "I Love You A Thousand Ways" by Lefty Frizzell but Jerry House, a popular DJ in turned the single over and played the "B" side and the song took off. Parker co-wrote the title track of John Anderson's 12th studio album, "Bigger Hands," which was released in 2009 and peaked at number 53 on the Billboard Country Albums chart. The song was released as the second single from the album but did not chart. Jim Parker is the creator and host of a show at the Von Braun Center Playhouse in Huntsville, Alabama called Jim Parker’s Songwriters SeriesTM where he showcases the talent of songwriters from , , , , , Muscle Shoals, , and surrounding areas. The dinner-theater type atmosphere is a monthly event where people can listen to songs from the people who wrote them and here the stories behind their songs.  Jim Parker - 12:00PM

Shane Adkins is a fingerstyle guitarist, entertainer, and songwriter from Hazel Green, AL. He won the 2005 International Fingerstyle Guitar Championship in Winfield, KS and the 2003 International Thumbpicking Championship in Greenville, KY. Shane has performed on the Grand Ole Opry, for the Chet Atkins Appreciation Society, and most recently, traveled internationally to perform as the main act for the Grand Soiree Guitar Event in Gravelines, France. He blends the styles of Chet Atkins, Merle Travis, and Doc Watson along with his original tunes to create a fun, moving, and unique performance.
Shane Adkins - 11:00AM 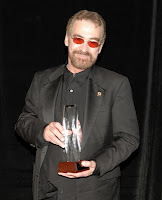 Born in in 1942, Donnie Fritts began his career as a musician at the age of 15, playing drums and keyboard. In 1965 Fritts began writing songs and had songs recorded by Ray Charles, Jerry Lee Lewis, Willie Nelson and others. As a songwriter, Donnie's songs were performed and appeared on the national charts by Charlie Rich (You're Gonna Love Yourself In the Morning' (1980), Dolly Parton (We Had It All-1986), and Waylon Jennings (We Had It All-1973). Donny just got a cut by the Rolling Stones entitled (We Had It All - 2012) being released on their next album. In 1967, Fritts began playing keyboards for Kris Kristofferson, also a native, a relationship that spanned 20 years and in locations both nationally and internationally. Donnie appeared in several movies with Kris Kristofferson.  In 2001, Fritts had a kidney transplant that closely followed seven heart operations. While he was recovering in the hospital after the transplant, a friend asked how he was doing. Fritts responded that he had "one foot in the groove." It became the title of a CD in 2008. On February 22, 2008, Kristofferson was on hand  to induct Donnie into the Alabama Music Hall of Fame. On March 06, 2008, Donnie Fritts, active on the Muscle Shoals,  music scene appeared with Billy Bob Thornton for The Billy Bob Bash: A Muscle Shoals Homecoming at the Shoals Theatre in downtown as  part of the George Lindsey UNA Film Festival. In 2008 Billy Bob and Donnie also began co-writing several new songs.  Donnie Fritts - 1:00PM 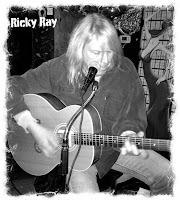 born Ricky Ray took up slide guitar at the age of three as he sat on his great grandmother's lap and watched her play slide guitar using a butter knife. And he hasn't looked back since!
Primarily recognized as a guitar player's guitar player, no matter what the venue, when he plays everyone in the room sits up and takes notice! A player, producer, singer-songwriter, he works with some of the best, played for some of the best and has a versatile list of cuts unlike many other in Nashville!
Ricky Ray's songs have been recorded by:   Ruth Brown - Good Day for the Blues, The Band (Levon Helm) - Stand Up, Tony Joe White, Waylon Jennings - Up In Arkansas, Memphis Horns, George Strait - Noel Leon, Maria Maldaur - He Don't Have the Blues Anymore, Bill Medley (Righteous Brothers), Dobie Gray, Etta James, Lacy J. Dalton, Johnny Neel, Miranda Louise, T. Graham Brown – Darlene, Bucky Lindsay, Rhonda Townes, B. J. Thomas, Ashley Cleveland - We Can Dance, Bruce Channel, Larry Henley, Original Copy, Bobby Keyes, Becka Bramlett, Lonnie Mack, Eddie Raven, Mel McDaniel, Kix Brooks, The Kingsman, Kimberley Dahme, The Bowling Hounddogs, Bama Band, Roy Head, Charles Tuberville, The Nerve, Tom T. Hall, Les Taylor, etc... Ricky Ray - 2:00PM 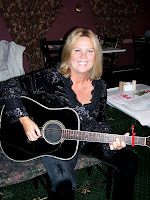 Karen Staley was born in , and raised in  where families worked in the  steel mills for generations. Her family was no different. A back injury  haulted Karen's career in sports, but her high school choir director lent her a guitar and showed her the chords to John Denver's “Annie's Song.” Karen quickly forgot about sports! She attended  majoring in social work and psychology.  Karen, a devout Christian, began writing and singing Contemporary Christian music and performing at school and area churches. After graduation she signed an artist deal with a label in ut the label folded. Dejected and looking for a way to use her God-given gifts, she entered a country talent contest at    Karen won the Grand Prize, an opening spot on the now world-famous Jamboree In The Hills Festival, and a regular spot on the Wheeling Jamboree radio show where she  opened for artists such as the Judds and Reba McEntire. Karen moved to Music City,  went to ASCAP and met with Bob Doyle who immediately saw a star in the making. Her first #1 record was “A Face In The Crowd” recorded by Michael Martin Murphy and Holly Dunn, nominated for a Grammy award. Her songs have been recorded by: Faith, Reba, Terri Clark,Dolly Parton, George Jones, Conway Twitty, Kathy Mattea, Tracy Byrd, Lee Ann Rimes, Patty Loveless, Confederate Railroad, Trick Pony, Thyrd Time Out, Jeff & Sherry Easter, Daniel O’Donnell, Ronna Reeves, Michelle Wright and Rick Trevino. Experiencing many countless trials, disappointments and setbacks in the music industry, the tenacious and determined Karen Staley prevailed! Her strong faith in the Lord, and  being a vessel for the miraculous gift of music has  sustained her through the many tough times.  Karen Staley - 3:00PM 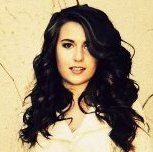 Bonner may have very well redefined what it means to be 16 years old. While your average teenage girl may be consumed in thoughts of a driver’s license and boys, Black is well on her way to accomplishing more at her young age than most do in a lifetime. She was formerly a classically trained ballerina and received scholarships to train in with the Eglevsky Ballet and the Alabama Ballet in Birmingham AL. Black began teaching herself guitar at the young age of 13. She began singing around the house for fun, but was sent to vocal coach Jami Wigginton in Nashville by a man who heard her singing in church. Now hard at work on her debut record, Bonner is currently endorsed by Daisy Rock Guitars for Girls as well as an active member of the Nashville Songwriters Association International. Very active in the crusade to end online piracy, Black frequently travels to to meet with congressman and senators to share her passion in preserving the rights of hardworking songwriters in and beyond.

MaryJustice Lucas, a native of Huntsville, Alabama, is a 17 year old performing songwriter. Although she is trained in ballet, jazz and modeling, her passion for songwriting and entertaining is clearly demonstrated in her renditions of pop, new country and inspirational music. Whether singing her originals or cover songs, MaryJustice appeals to teens as well as older music lovers.

A multi-award winning singer and songwriter, she performs regularly in North Alabama and Nashville, Tennessee. She has recorded demos and harmonies for other songwriters. MaryJustice is an iPOP! top ten finalist in iSING! and TV/Commercial Beauty having competed in the international competition in Los Angeles, California in 2010. MaryJustice is affiliated with NSAI, BMI, TCGMA and is under the management of Madd Talent Management of Nashville, Tennessee. MaryJustice is the 2012 award winner of the North American Country Music Associations, Int'l (NACMAI) Music Awards, in New Country Songwriter of the Year, New Country Rising Star Album of the Year, and the New Country Female Entertainer of the Year in her division. She currently ranks #19 on ReverbNation's Nashville Pop Chart.