We had a last minute cancellation. Rebecca Lynn Howard found out today that she has to shoot a television show on the 6th! Karen Staley came to the rescue! Bless you Karen!


It's been an amazing year for JPSS and I owe every success to you, my fans and my sponsors for which I am deeply grateful. The first show for 2012 is coming up very soon, next Friday, Jan. 6th. I have a great lineup of performers: Rebecca Lynn Howard, Michael Anthony Curtis and Kurt Fortmeyer, with special guest Keith Elder, from Birmingham.Season tickets and a few tables are still available. If you're interested in a table contact me directly at 256-337-6006.
I hope to see you next Friday!

Wishing you a Happy and Healthy New Year!
Jim 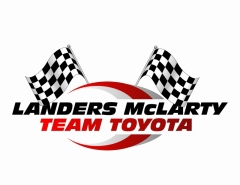 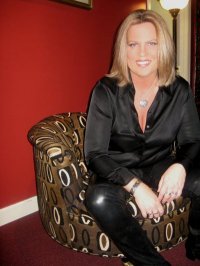 Weirton, Virginia, USA. Karen Staley is a singer-songwriter whose credits include a number of songs for Faith Hill (‘Take Me As I Am’ and ‘Let’s Go To Vegas’), Patty Loveless and Tracy Byrd (‘Keeper Of The Stars’). Raised in Georgetown, Pennsylvania, Staley claims to have been attracted to a career in music through the boredom she endured at the Methodist church meetings her parents took her to. In October 1984, she relocated to Nashville. Kathy Mattea recommended her to Bob Doyle at ASCAP, later Garth Brooks’ manager, who introduced her to various publishers. Within a month she had a staff publishing deal. Her first big hits came with Patty Loveless - ‘Lonely Days, Lonely Nights’ and ‘Wicked Ways’. After establishing herself as a songwriter she signed with MCA Records, but lost her way when the label was taken over by Universal. She moved to Warner Brothers Records instead, and received rave reviews for her 1998 debut for the label, Fearless. Karen is commited to charitable work and is a humorist as well as a hit singer/songwriter and performer. 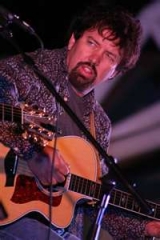 Curtis was raised in Lewisburg, Tenn., but has lived most of his adult life in Alabama. He began writing songs at the early age of 12, and, by the time he turned 19, he was signed to ASCAP by Garth Brooks' manager Bob Doyle.

Curtis has written and co-written such great songs as "Drive Another Nail" by Randy Travis; "Father Knows Best" by Ricky Skaggs; "Get Up In Jesus Name" by Lee Ann Womack; and "Carpenters Son" by Sawyer Brown. He also wrote seven of the 10 songs recorded by Marty Raybon (former lead singer of Shenandoah), and began producing, which resulted in several No. 1 hits, that garnered Dove and GMA nods. 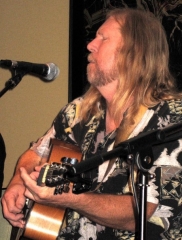 Kurt Fortmeyer was born in a barn and raised in a stable environment, or so he might tell an unwitting listener in one of his sillier moments. His life was changed irreparably at a tender and impressionable age when he was subjected to Roger Miller, Allan Sherman, Chubby Checker, and Trini Lopez.

His first solo show was at the HOLE IN THE WALL SALOON in Raleigh, North Carolina. In the late '70s, influenced by Jack Kerouac, Jesse Winchester, and Townes Van Zandt, he hitchhiked coast-to-coast... 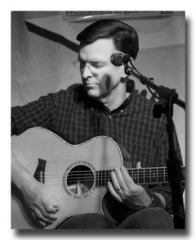 Singer, songwriter, retreat leader--Keith Elder has spoken and performed for over thirty years in a wide variety of church, conference, and community settings. While serving local churches in North Alabama as a youth director then as a pastor, Keith continued to write and record, play small concert venues, and provide leadership for special events.