Alvia or Alvie as we affectionately call him, joined the Huntsville, Alabama songwriter scene about three years ago. He is a familiar face at our local venues as well in places all around Nashville. He always has a smile and is supportive of his fellow songwriters. We are happy to have Alvie as  a Homegrown Songwriter! Look for him on YouTube  and ReverbNation. 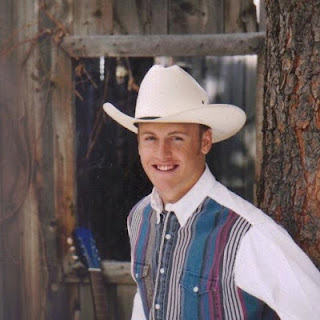 Alvia Dale Sandberg is a songwriter and song performer who got his start on the farm in the small town of Burns, WY.  His first guitar was his father’s and was found in a closet on the farm house he grew up in. Alvia began playing music in junior high school and guitar in high school, in Burns, WY.   started out learning to play in various church bands in Burns, WY and later in Ridgecrest, CA.   He learned that hard work and small town values are some of the best American past times that we have.

He started out playing guitar in church bands and in Fellowship of Christian Athletes groups in college.  He also traded labor and farm commodities for guitar lessons while studying electrical engineering.  Most lessons were spent learning how to mimic Roger Clyne and Joe Satriani songs as well as scales and other music theory.  He will tell you, if you ask, that he has been playing far too long to be this bad at it.

Later on, while earning a career as a civilian electronics engineer with the Department of Defense, he continued playing rhythm and lead guitar in church bands and in local open mic nights in California.

After moving to Alabama, he started to delve into the art of songwriting and has been writing and playing out as often as possible in and around northern Alabama and Nashville, TN. In the last couple of years, Alvia has been studying the craft of songwriting by attending workshops, writing, co-writing, and taking every opportunity to view professional songwriters at events such as the Jim Parker Songwriter Series.  He is a member of NSAI (Nashville Songwriters Association International) - Northern Alabama Chapter.  He has written dozens of songs and has developed a deep respect for the art, skill and luck involved with the craft.  You can find him performing all over northern Alabama and in Nashville songwriter rounds at places such as the Commodore Grille.

In his first collection of original music, “Farm Boy”, you’ll hear pieces of multiple musical genres.  From his parent’s 40th wedding anniversary to the many lessons we all live in life, “Farm Boy” is a collection of small town American character.  He along with his three co-writers, Kenneth Cooper (She Prays For Me), Butch Hendrix (What Love Looks Like) and Charles Burgess (Old Family Album) all hope this collection will be enjoyed by many for years to come.

Alvia has an appreciation for all genres of music.  However, at the top of his list of artistic influence are Roger Clyne of The Refreshments, and Roger Clyne and the Peacemakers.  Also, growing up in a small farm town near Cheyenne, WY, he was inspired by the artists who frequented Cheyenne Frontier Days Rodeo.  George Strait, Garth Brooks, Alan Jackson and Chris LeDoux, just to name a few.  At some point, Alvia started to gain a love and respect for the singer/songwriter styles of Derek Webb, Bebo Norman, Todd Thibaud and Steven Ashbury.  As a songwriter, he is inspired by Jim Parker, Marc Beeson, Lisa Carver, Gary Burr and countless others.