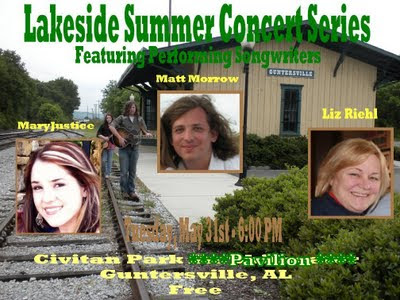 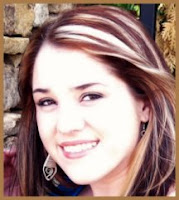 MaryJustice Lucas is a 16 year old performing songwriter from Huntsville. Her passion for writing and singing began at age five. Whether Pop or New Country, her songs appeal to teens and older music lovers. MaryJustice is a multiple award winner of local, regional and international songwriter and singing competitions. She plays regularly in local venues and in Nashville. She is a member of NSAI, TGCMA and Nashville Spotlight. MaryJustice is a member of Willowbrook Baptist Church. She is an honor roll student enrolled in the College Preparatory Program at Ashworth High School under the cover of The Way Home Christian School. Website www.maryjusticelucas.com 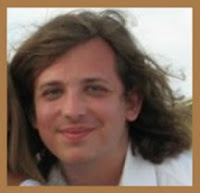 Matt Morrow is a singer-songwriter from Guntersville who writes acoustic folk music in the vein of Bruce Springsteen, Neil Young, and Ryan Adams. Matt frequently writes from the perspectives of other people, his songs sometimes sounding like short stories. "I like to write songs that tell the stories of people who you wouldn't expect to have stories to tell," he says. His album, Burlap and Gold, which contains songs inspired by the lives of people from Guntersville, will be released this spring. Matt plays acoustic guitar, banjo, piano, harmonica, and other instruments on the record, which also will feature vocals by MaryJustice Lucas, violin by Celtic recording artist Tom Morley, and drums by Guntersville's own John Harvey. Matt is a multiple MOVA Songwriter's Competition winner, and has played concerts all around the country.
Liz Riehl 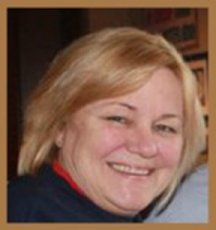 Liz Riehl is a singer/songwriter from Guntersville, Alabama. She began her writing and recording career in the early 1990's and continues to do so today. Most of her tunes have been labeled "Country Folk with an Edge" by those that know her in the Nashville Music Community. Liz has performed at most venues in the northern Alabama area ... Panoply, Big Springs Jam, Boaz Harvest Festival, Lakeside Summer Concerts in Guntersville, Albertville Freedom Festival, and Gadsden Riverfest, just to name a few. Her performance is a combination of original tunes mixed some oldies but goldies!
at 2:43 PM 1 comment: 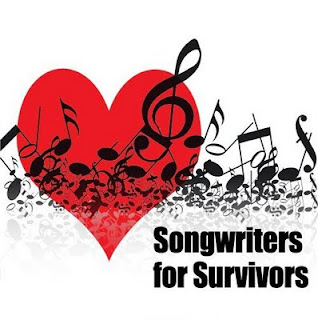 Songwriters for Survivors (click link) is a Tennessee Valley collaborative of musicians organizing a benefit concert series throughout 2011, to raise funds to help meet the immediate needs of the citizens of North Alabama who were devastated by the April 27, 2011 tornadoes.

All songwriters, music lovers, talented kids and generous hearts reserve this time on your calendars!
June 25, 2011 1:00 PM until TBD
Railroad Bazaar
1207 Eidson St
Athens, AL 35611
Admission: $5.00
This will be a fun-filled event with outstanding talent from "Homegrown Songwriters From Our Sweet Home Alabama".
**Includes Kids Showcase**
Just a "heads up" so watch this space!!  More details to follow!
(Questions posted in comment box will be answered.)
at 9:19 PM 1 comment: