What a line up of pro-writers!
Alan Rhody, Mike Loudermilk, Jill Colucci and of course Jim Parker!
Click their links and visit their websites. They also have fan pages on Facebook and I know would appreciate a click on the Like box. You'll enjoy reading about the big hits written by these writers!


I highly recommend going to the VBC Playhouse for Jim's shows. There's one every month. The schedule is on Jim's website. The best entertainment in Huntsville, Alabama, for just twenty bucks! And, the opportunity to sit back in cozy comfort and enjoy a show with waitresses silently moving through the audience taking orders, and delivering awesome food and beverages. This Webmaster knows!!!
at 2:51 PM No comments: 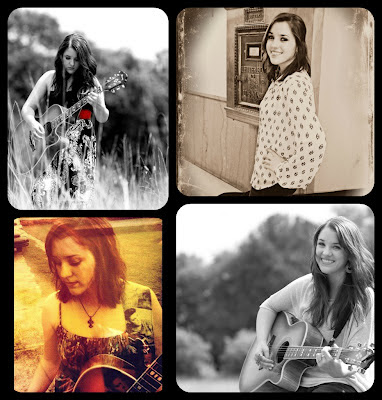 “Music is what I love. Some people enjoy the melody but don’t pay attention to the lyrics and that’s okay, but my favorite part of a song is its lyrics. As for me, I find it impossible to NOT listen to what is being said. I love listening to the story being told in the song, just as much as I enjoy sharing stories in the songs I write. I write from my heart. Inspiration is all around me. I write about what I see and feel about the joys and disappointments of relationships. Songwriting and singing are like therapy.” MaryJustice Lucas

Seventeen year old MaryJustice Lucas has a passion for songwriting and entertaining. Whether considered Pop, Rock or New Country, her songs appeal to teens as well as older music lovers. She is a multi-award winning singer and songwriter from Huntsville, Alabama, who entered and won her first songwriting competition at age 13. She takes her singing and songwriting seriously, as this is her chosen career path.

MaryJustice sings in writers rounds  and benefits all over North Alabama. In addition to hosting her own showcases, she is a frequent guest of fellow songwriters. MaryJustice  is currently working with a Nashville management company, recording songs and music videos. She performs at the Commodore, the Nashville Palace, and the Hard Rock Café. Most recently, MaryJustice enjoyed an awesome set  at The Rutledge, and joined a writer's round at the Hotel Indigo in Nashville, TN.

Mike Loudermilk has been making music most of his life. He started his musical career when his first song, an instrumental, was recorded by guitar legend Chet Atkins, who invited him to Nashville to play on the session. Atkins offered then to sponsor him in Nashville, but approved of Mike’s decision to return to Louisiana and finish his education in music theory and guitar. Son of John D. Loudermilk, Mike made his way back to Nashville where he began playing music full time. He has toured, recorded, and/or written songs with artists from John Schneider to Crystal Gayle, and from Tracy Lawrence to Clarence "Gatemouth" Brown. As an artist, he has recorded several albums internationally...including a duet record, "Wildwood Flower," with bluegrass fiddle legend Buddy Spicher.

Mike has performed on numerous television shows and specials and has played on world stages from the London Palladium to the Crazy Horse Saloon, and from the casinos of Las Vegas to the White House. Mike worked with Crystal Gayle for many years and co-produced Crystal’s “Midnight In The Desert,” a song they wrote for the international radio talk show “Coast to Coast AM.” The song also won a NAMA (Native American Music Award) for “Song of the Year” in 2002.

He is now concentrating on songwriting and producing at his studio, Nashville Sound Project House, where he has recorded and arranged songs written by some of Nashville's biggest hit songwriters. Mike has also performed at fund raisers for Aids and Cancer Research, National MS Society, and St. Jude Children Hospital (to name a few) along side of country music's most talented singer/songwriters.

Mike is currently working on a solo guitar instrumental CD. Endorsements with Taylor guitars, Elixir Guitar Strings, Fishman Transducers, Bill Lawrence, and KJL Amplifiers point to his reputation as a "musician's musician," both onstage and through recording projects.
at 10:54 AM No comments: