Von Braun Center PLAYHOUSE at 6:30 PM
Friday, March 9th, 2012
700 Monroe Street, Huntsville, AL 35801
Hear the stories behind the song!
Thanks to all of you who helped make our February performance the first SOLD OUT show of the 2012 season!
Friday, March 9th is our 3rd show for 2012. I have a great lineup of performers! Tim and Myles Thompson, Charie and Dana Black with Billy Ryan Droze as my Special guest! Season tickets for reserved seating are available and a few tables now open. If you're interested in a table contact me directly at jim@JimParkerMusic.com . 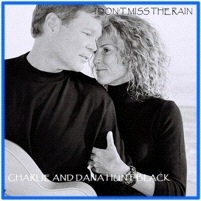 One of the most recorded Nashville songwriters ever, Charlie Black has been named Songwriter Of The Year three times and was elected to the NSAI Songwriter Hall Of Fame in 1991.
Since his first hit “I Don’t Know You Anymore”, recorded by Tommy Overstreet, Charlie has written 15 #1 songs including “Shadows In The Moonlight” by Anne Murray, “Right On The Money” by Alan Jackson”, “You Lie” by Reba McEntire, 100% Chance Of Rain by Gary Morris, “Honor Bound” by Earl Thomas Conley, and the Grammy nominated songs “A Little Good News” by Anne Murray and “Come Next Monday” by K.T.Oslin.
Charlie Black songs have been recorded by such legendary artists as Roy Orbison, Charlie Rich, Don Williams, Paul Anka, Crystal Gayle, Tanya Tucker, Faron Young, Marty Robbins, Suzy Bogguss, Kathy Mattea, and George Strait. His song “Goodbye Says It All” was Blackhawk’s
first big hit, and he helped launch Phil Vassar’s amazing career with “Carlene” and “Six-Pack Summer”. 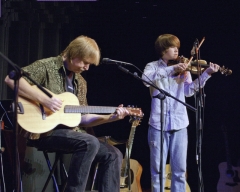 Tim & Myles Thompson are a Nashville-based Americana-jazz-folk duo featuring International Fingerstyle Guitar Champion Tim Thompson and acclaimed violinist Myles Thompson. Since forming as a duo in 2009, the father-son act has entertained audiences from coast-to-coast, presenting high-energy instrumental and vocal duets of improvised originals and classics reminiscent of legendary artists such as Chet Atkins, Stéphane Grappelli, Chick Corea and Jackson Browne. Although influenced by the masters, their down-to-earth musical style is all their own -- a one-of-a-kind combination of improvisational jazz, traditional folk, singer-songwriter, country, rock and World.

A native of northern Minnesota, Tim's guitar playing, vocals and songwriting reveal his Midwestern musical roots with a hint of Americana Nashville. Audiences smile and tap their feet as he layers intricate melodies, chords and textures with his acoustic and electric guitars while his son, 17-year-old Myles, answers and/or takes the lead with soaring and drifting echoes on violin, occasionally surprising audience members with a humorous, homespun story. Tim’s unique technique, intricate and fun arrangements helped him win the International Fingerstyle Championship in 2008.
Tim has released seven solo albums -- one showcasing his talents as a singer-songwriter. The duo “Tim & Myles Thompson” has released one CD “Road Runner” and most recently a DVD “Tim & Myles Thompson Live”. Tim’s music has been used in film (Casper’s Haunted Christmas), TV, and software (Flip Video Camera). Tim has performed with popular acts such as Crystal Gayle and Highway 101, appeared on National Public Radio stations around the country, and shared billing with guitar icons Tommy Emmanuel and Phil Keaggy. Myles' touring career, which started at age 13, has taken him and his guitarist father coast-to-coast in the United States (including the Virgin Islands), as well as other countries such as England, Romania, Cyprus, Norway, and Canada.
at 8:06 AM No comments:

Thank you to all who came out to support the Songwriters For Survivors immediate need benefit for the Michael Sexton Family.

We had a good turnout of performers, fans and friends to support this cause. We raised $1,331 which has been sent directly to Amy Sexton. Please continue to donate to this family as Michael is in the last stages of Lymphoma. 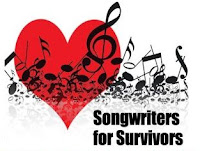 Although the devastating storms took place almost a year ago, there is still much to be done. People, like the Sexton family, who lost everything were put in temporary housing miles away from their homes and the schools their children attended. They were uprooted by these storms and clean-up, rebuilding is still on-going. Please read this message from one of our members:


This email was sent from a member of Songwriters For Survivors and I thought it would be good to post it.
When I was trying to find help, I came across several people who think FEMA and Red Cross helped, so there’s no sense in helping anymore, but it isn’t true. FEMA only there a few days and barely helped. Red Cross stayed until Joplin got hit by a tornado. A lot of the help and donations actually came from regular people, not organizations. It is gonna take years to rebuild and even longer for people to accept what happened, and as one woman cruelly said, “move on.” A lot of lives were lost in a small community. If you drive through Phil Campbell there are still stripped trees, piles of people’s lives laying on the ground. You also still see clothes and tin wrapped into trees and power poles. The mess isn’t cleaned up, most homes are not rebuilt, and the people here are just beginning to start over.
This testimony comes form a woman who lives in Phil Campbell.
Email from Susan Belk
Please visit the new website frequently to see what our plans are. There is a big event planned for May 12th for the City of Hackleburg. The website is still under construction and Terry, our webmaster is adding slideshows of events and more information so keep visiting and clicking on the PayPal link to donate. Every little bit helps and goes to the project.

Songwriters for Survivors is a collaboration of songwriters and musicians in the Tennessee Valley. Our goal is to organize benefit concerts to raise funds that will help meet the needs of the citizens of North Alabama who have been devastated by various disasters. We were founded after the tornado outbreak of April 25-28, 2011.
at 8:28 PM No comments:

Everyone come out and join the Songwriters For Survivors Open Mic Benefit for the Sexton family. They lost everything they had during the tornadoes of last April and now the father, Michael, has terminal liver cancer. This family has an immediate need for your love and support. 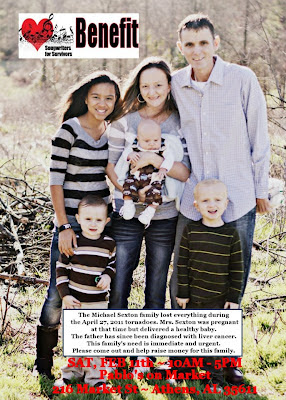 Mrs. Sexton was pregnant at the time of the devastating tornado that destroyed everything they had. Thankfully, she delivered a healthy baby as you can see above. Now tragedy has struck the Sextons again. It is not expected that the Michael will be with them much longer. This is a heart-breaking situation and we need your help to help this family!

Songwriters for Survivors is a collaboration of songwriters and musicians in the Tennessee Valley of Alabama. Our goal is to organize benefit concerts to raise funds that will help meet the needs of the citizens of North Alabama who have been devastated by various disasters. Songwriters For Survivors is a non-profit organization. All funds collected will go directly to this family. Donations may be made through PayPal at http://sw4s.org/.
at 3:39 PM No comments: