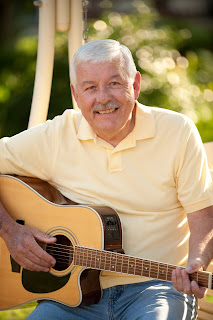 Several times during the year Randy does a memories show or tribute to those who are no longer with us. He is so gracious to ask friends and patrons of the Coffee Tree Books & Brew to give him a list of loved ones they want mentioned during his show. Randy does a variety of music ... gospel ... patriotic ... a little country and lots that he and his com padres co-write. So expect, in the words of Ed Sullivan, "A really big show"!

Randy Duck is a retired police officer in Huntsville, Alabama. He is also a great singer and songwriter. He's also an Elvis Impersonator! Can't get him to do it frequently, but when he does it is entertainment ... embellished costume, black wig, the whole works! So you do not want to miss this show... I hear that Bubba Elvis will make a special appearance. 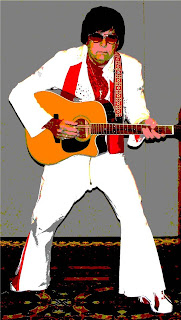 Randy has been very active in getting funding and promoting The Huntsville Police Fallen Officers Memorial. He does many benefit concerts to honor our men and women in uniform, Military, Police, Firefighters, EMTs. Needless to say, Randy can fill the seats in any venue. We look forward to his shows on Memorial Day, Veterans Day and those he can squeeze in at other times. He is also busy performing at nursing homes and places for senior citizens. Randy is a true man of God and has not had an easy walk in his own shoes, but never forgets his friends who are hurting or in need. That's just the kind of guy he is.

So, come on out and join us for a great evening with Randy Duck at the