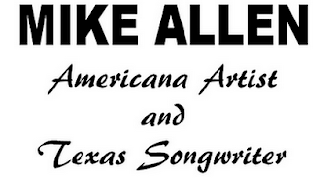 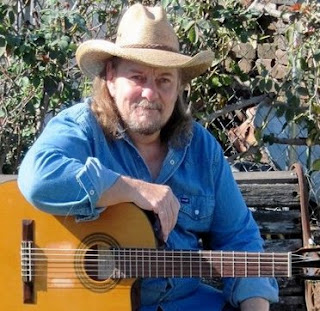 We live in a time where there aren’t many real things left. It’s a world of man-made islands, factory farming, social media instead of social interaction...and prepackaged music that is as disposable as yesterday’s newspaper. For some, that’s fine. For others, there still has to be an honesty to what they do.

Armed with an acoustic guitar and a list of songs that tell of love found and lost, old outlaws seeking redemption, gamblers, wild women, obsession, jealousy...stories of desolation and hope dealt with through heartbreak and humor. Stories delivered in a way that people can find pieces of themselves in. 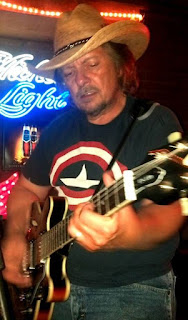 Mike’s music is real, pure and honest, whether he is singing and writing about a love gone wrong, finding a new one, or the pitfalls of everyday life and many different life situations, one thing is for sure, everyone will love Mike's songs. You only have to listen to his warm, tender voice, influenced by great Texas performing songwriters like Guy Clark, Billy Joe Shaver, Bruce Robison Rodney Crowell, Hayes Carll and many others, to know this is pure, honest music from the heart.

It is the personal connection found in his songs that Mike strives for. There was one particular case that touched him deeply. A woman waiting for a heart transplant wrote of a song about a crippled rodeo cowboy seeking something to believe in, “Mike, ‘Live For Today’ is a great song!”

Since becoming a professional musician at 16 in 1976, Mike has called the road home for most of his life. He has a strong background as a lead guitarist in Blues, Southern Rock, Country and Country Rock, performing with, or opening for, many top billed acts such as BB King, Albert Collins, SRV, Johnny Rodriguez, Gene Watson, Toby Keith, The Dixie Chicks ... but it’s the song that drives him. Mike had his first song recorded in 1984, Whiskey and Tears, and has been an ASCAP writer and publisher since 2001. Mike has 4 CD's out, Good For Something released in 2000, A Mile Of Bad Track in 2014, Pieces Of Me in 2016.