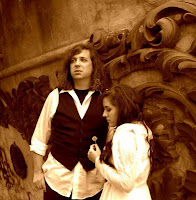 Two of our Homegrown Songwriters, MaryJustice Lucas and Matt Morrow covering "Safe and Sound" by Taylor Swift and the Civil Wars. "Safe and Sound" is played at the end of the movie "Hunger Games". MaryJustice and Matt are great solo entertainers but something sort of magical happens when they sing together. The music is exceptional ... Matt played piano, lead guitar and resonator guitar ... vocals are awesome! Just listen! 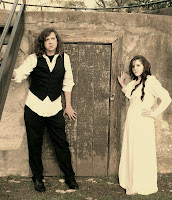 They may be seen at the Coffee Tree Books & Brew most any Saturday night they are not off performing somewhere else. MaryJustice and Matt will be performing songs they each wrote and favorite covers at FloBama Music Hall in Florence, Alabama on May 12th at 7:00PM in support of a fund-raiser benefit for tornado relief sponsored by Susan Belk of Wishmaker Music. The show starts around Noon, featuring professional songwriters and performers, and running continuously until 9:30PM. (More information on this later.

Matt recorded and produced an album of his originals, "Burlap and Gold" available for purchase at Matt Morrow on Bandcamp. Check out Matt and MaryJustice on ReverbNation for more music. Please go to their individual YouTube Channels and subscribe AND while you are browsing the internet go to Facebook and click LIKE on their music pages! They would love it! In fact, you'll find them singing most anywhere on the internet if you miss a live performance. 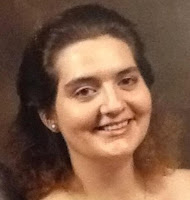 Susan Belk is a force to be reckoned with! Despite all kinds of setbacks and stumbling blocks she is bringing this event to fruition as promised ... better than originally planned. Let's help Susan spread the word and make this fundraiser a huge success! ~~Webmaster
~~~~~~~~~~~~~~~~~~~~~~~
I've been a songwriter for 39 years. I had some success with a couple of songs on Nashville Star in '07, when the Hackers (Angela & Zac) won.

Last year, I co-founded a charity made up of songwriters, to put on concerts to help the tornado torn south. Just because the damage isn't in the media anymore doesn't mean the problem has gone away.

It will take an estimated 5 years for people to put their lives back together from the April 2011 storms, and here we are entering tornado season again.

We will hold a spring concert benefit in Florence Alabama. This will fund relief for Hackelburg Alabama school students.  Some big name songwriters have committed to us. This will be an in-the-round type, all acoustic show, in keeping with songwriter tradition. Would you or someone you know care to help us out and spread the word? This is an all day event.

We do this in the spirit of helping our neighbors, not so we can be in the spotlight. FloBama is a family friendly venue, with the best acoustics of any venue in the Shoals area. The building and stage was designed to be a songwriter's showcase with sound system and sound engineer to run it! What could be better?

Our own songwriters from right here at home in Huntsville, Alabama, have  certainly been busy lately! Makes my head spin like an old 78 rpm record ... anyone remember those besides me! This is just a catch-up report hitting some highlights on just a few ... writing, co-writing, public appearances, recording, releasing albums, teaching, mentoring. We are blessed to have so much talent right here at home. Just think about it, our friends, our neighbors and what's more they are always there to support each other!
Ken Cooper 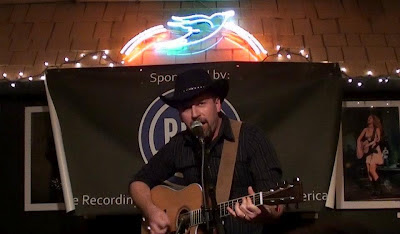 Ken was accepted into Barbara Cloyd's Play for Publishers Workshop at the Bluebird in February. Ken has been appearing at the Bluebird quite frequently lately which is a coveted gig among the country songwriters. Congratulations, Ken.  He had the opportunity to write with a new artist band, and is now writing for Parish County as well as Borrowed Blue. Ken, also got an Indie cut called "Highway to Helen" on Andrew Velez's (another of  "our own") new album. You cannot keep a Rocket Scientist on the ground for very long, especially one that writes and sings like this one! 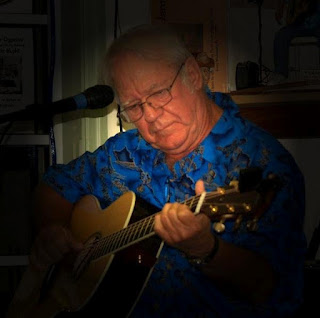 Earl is in the Artist Spotlight of the Week on American Veterans Radio all this week! Earl has been in the "spotlight" for several weeks now. He was invited to sing for Mayor Battle's Proclamation Ceremony announcing March 29th, as Vietnam Veteran's Day. Then, he sang at the FIRST celebration of the new Vietnam Veteran's Day. There was a dedication ceremony of the statue honoring our veterans. Earl sand "To My Brother Private William Jones" at these ceremonies. Congratulations, Earl!
Gracie Newsum 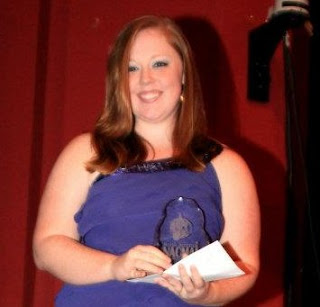 One of our "young-set" songwriters, Gracie Newsum, a multi-award winning songwriter, has won top awards in the MOVA songwriting competitions. In December 2011, Gracie who is a member of the TCGMA (Tennessee County & Gospel Music Association) was nominated and awarded the TCGMA 2011 New Gospel Songwriter of the Year Music Award for her song, "Amazing Grace, Once Again" as well as New Gospel Vocalist of the Year. She brought home four trophies from that event! First places all! These wins qualified Gracie to compete in the nationals! On March 18th, at the North America Country Music Associations, Int'l Music Awards Show in Pigeon Forge, Tennessee, Grace brought home the trophies!!! ... The 2012 NACMAI Songwriter of the Year for "Amazing Grace Once Again" and the 2012 NACMAI Most Promising New Gospel Vocalist! We are proud of you, Gracie! 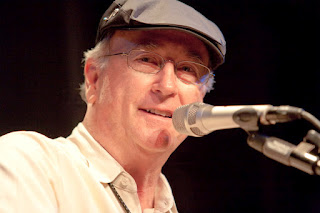 Jim Parker Songwriter Series is  celebrating the 7th year at the VBC Playhouse in May! Congratulations, Jim! 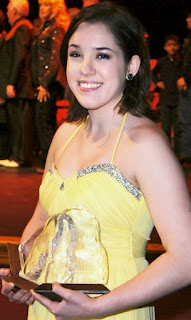 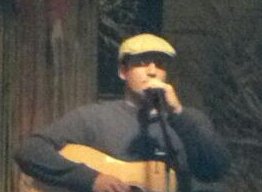 Alvia Dale Sandburg, or Alvie as his friends call him, is a relatively newcomer to the Huntsville songwriting community. Born and raised in Wyoming, Alvia came to Huntsville in 2010 via California and quickly became known and loved by all. Alvie is writing and co-writing with local songwriters and has just laid down ten tracks for a CD.  The vocals are all by Alvie and the project will be  co-produced by Jay Vernali and Alvia Dale Sandberg. One of the great things about his collection is the diversity in musical style, feel, tempo and lyrical subject matter. Alvie is considering naming the album "Farm Boy". We will just have to wait and see.  Expect to see and hear a lot of great things from this young man!

We are so blessed to have all this talent ... oh, there are more, many more. When you're in Huntsville, Alabama on a Wednesday, Friday or Saturday night drop in at the Coffee Tree Books & Brew and you're liable to hear one of them in person. Hey, shake hands, ask for an autograph ... They are Homegrown Songwriters from Our Sweet Home Alabama!
at 3:14 PM No comments: