Homegrown Songwriters Live at The Tree!!

Alex Duggan puts it right out there!

"I have a hard time writing bios, because everything about me has already been put into a song. I write fondly of my hometown, and tensely of heartache. Some stories are hidden behind metaphors and prose. Others are so blunt that if you listen long enough, you'll know me as well as I know myself." 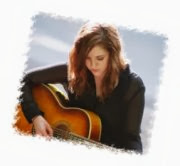 “Music is what I love. Some people enjoy the melody but don’t pay attention to the lyrics and that’s okay, but my favorite part of a song is its lyrics. As for me I find it impossible to NOT listen to what is being said. I love listening to the story being told in the song, just as much as I enjoy sharing stories in the songs I write. I write from my heart. Inspiration is all around me. I write about what I see and feel about the joys and disappointments of relationships. Songwriting and singing are like therapy.” MaryJustice Lucas 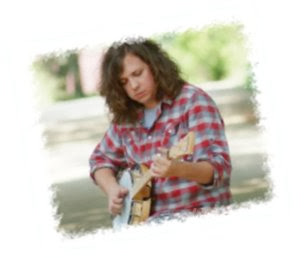 Matt Morrow
The award winning singer-songwriter has hypnotized audiences across the country, and is currently playing shows to promote his new album Burlap and Gold, a Southern Gothic collection of stories told from the perspectives of the hardscrabble everymen and everywomen of his small Southern town. Alone on stage, his acoustic guitar or banjo are the only foil needed for the dark poetry of his lyrics that sting with heartbreak, addiction, despair, hope, and hard-earned wisdom.

Come and  enjoy this show with these three multi-talented songwriters as they entertain you with their originals, covers, duets and harmonies! 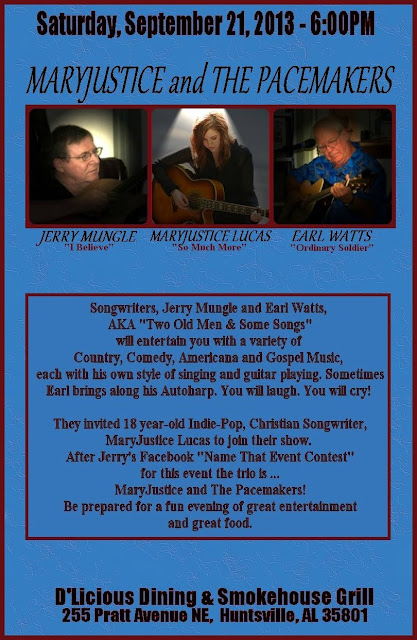 Sort of late with the update. Sorry about that but a lot of other things have been happening ... some good and some not so good. BUT, what a show. More songwriters joined the show after the previous blog release. You should have been there. The $5000.00 goal was well exceeded. Kendra Sutton of the songwriters in the last round has lived through the experience of having a child with cancer who was successfully treated at St. Jude Children's Research Hospital. She wrote a song called Room 444 where she spent so much time with her daughter, Victoria who is now VICTORIOUS!

On the last round with Huntsville's own Jim Parker, Kendra Sutton, Birmingham, AL, Will Stults, Russellville, AL, and Billy Ryan Droze of the Shoals and currently residing in Nashville, Del stepped up to the microphone and asked if we wanted their round to continue and everyone started screaming "Yes!"... being the entrepreneur that he is, Mr. McGee said then put $100.00 on the table and I'll count it...any denomination.. when it reaches $100.00 they will do another round. I think he did that three times. AWESOME is all I can say. Later, I'll post some video from the songs I could get, but right now enjoy this number with the three. Sorry that Jim got cut off of most of the video but he was in there playing on this number. The Stem & Stein patio was rocking!

You may still  participate  by sending your "TAX DEDUCTIBLE" check made payable to:

Thank you all so much for your support.
at 4:41 PM No comments: